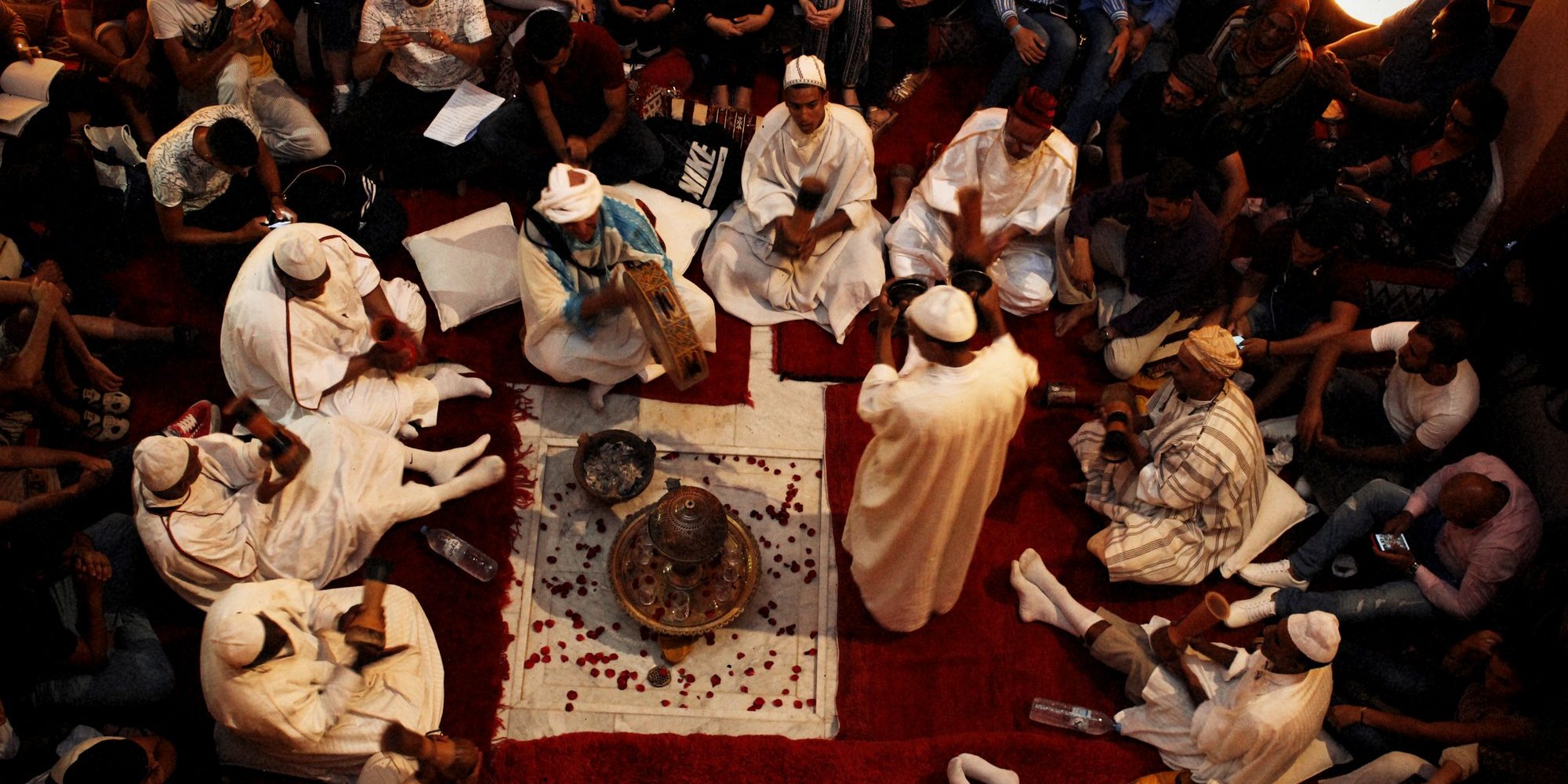 ASHOURA has always been a cultural ambiance more than a religious one! In fact, the religious event has nothing to do with happiness. Ashoura is considered as a sad event in Islam, it marks the death of Prophet (ﷺ) Mohammed’s grand-son and whoever is celebrating it is only following a traditional purpose instead of a religious one.

No One’s Company has been invited by Dar Cherifa to Dar Cherifa to see how Marrakech presents Ashoura. It was a very rich discovery and an amazing source of knowledge to witness what Marrakech does!

Some people came to remember their childhood and show their children what they lived in the Medina of the Red City, while others are tourists who were curious to live a local experience.  Dar Cherifa offered an adapted Menu, which is “large plates of dried fruits”. The Riad wanted everyone to feel home, so the ambiance was warm and welcoming!

No party music was played, but a traditional rhythm was occupying the space. No words were understandable to our ears, but it was sure connected to a spiritual meaning. Watch the video on our YOUTUBE CHANNEL.